Ready to fly from London to Paris in your car?

A flying car by Klein Vision capable of hitting speeds over 100mph (160 kmh) and altitudes above 8,000ft (2,500m) has been issued with a certificate of airworthiness by the Slovak Transport Authority.

The car, which can transform into a small aircraft, completed 70 hours of “rigorous flight testing” and more than 200 take-offs and landings.

The AirCar has been developed by Klein Vision, a Slovakian company. It has been under development since 2017 and is finally a step closer to mass production, making our dreams of flying cars closer to reality.

“AirCar certification opens the door for mass production of very efficient flying cars. It is official and the final confirmation of our ability to change mid-distance travel forever,” said Professor Stefan Klein, the inventor, and founder of Klein Vision.

The company is planning the aircraft “to fly to London from Paris in near future”, according to the BBC report. The hybrid car-aircraft finished a 35-minute flight between airports in Nitra and Bratislava, Slovakia in June, last year. After landing, the aircraft transformed into a car, and the crew went on a ride to the city center.

The hybrid car-aircraft, which is called AirCar, has got a BMW engine and runs on regular petrol-pump fuel. It can transform into aircraft from the car in just two minutes and 15 seconds. 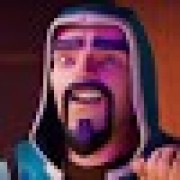